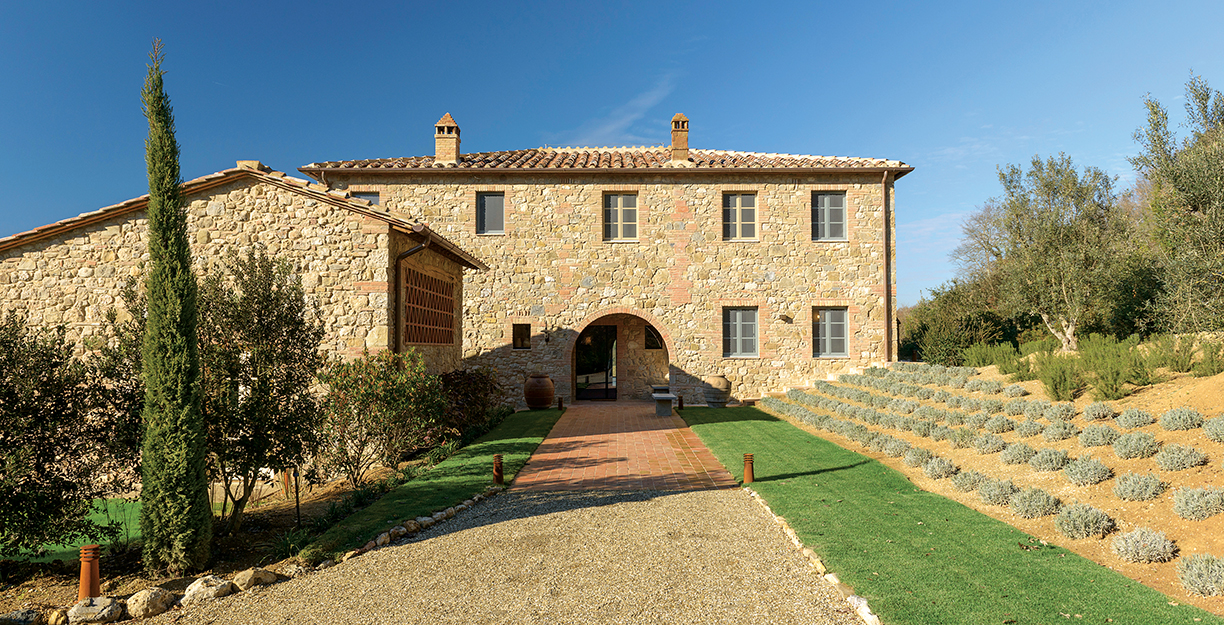 Q: What do you get when you combine an unbeatable location in Italy’s Tuscan hillside with impeccable service, enviable accommodations and authentic culinary experiences?

A: Castello di Casole – A Timbers Resort (Europe’s No. 1 Resort, as ranked by Travel + Leisure), which recently hosted Unique Homes for three beautiful nights to experience its magic firsthand. What we discovered was a perfectly placed paradise offering the finest level of service imaginable.

The setting is storybook. Through a cypress-lined drive up to a hilltop in Siena, a Middle Age castle from the 10th century serves as the core of the hotel and resort. “We are very, very lucky, because we are in the heart of Tuscany,” says Gabriele Olla, senior sales manager. Some of the world’s best wineries are very close, as are Michelin-starred restaurants — Florence is an easy 45-minute drive. But visitors and residents hardly have to leave the 4,200-acre estate. 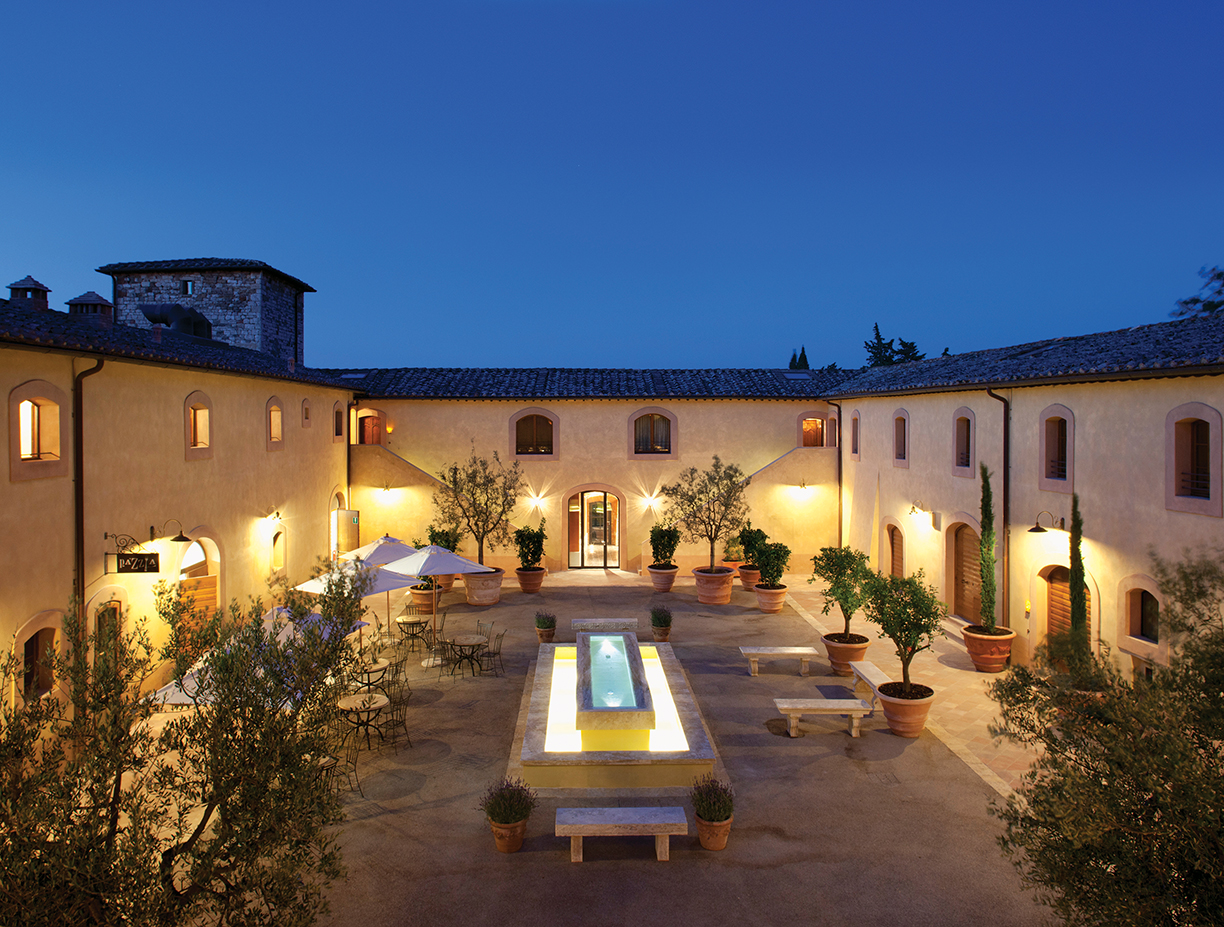 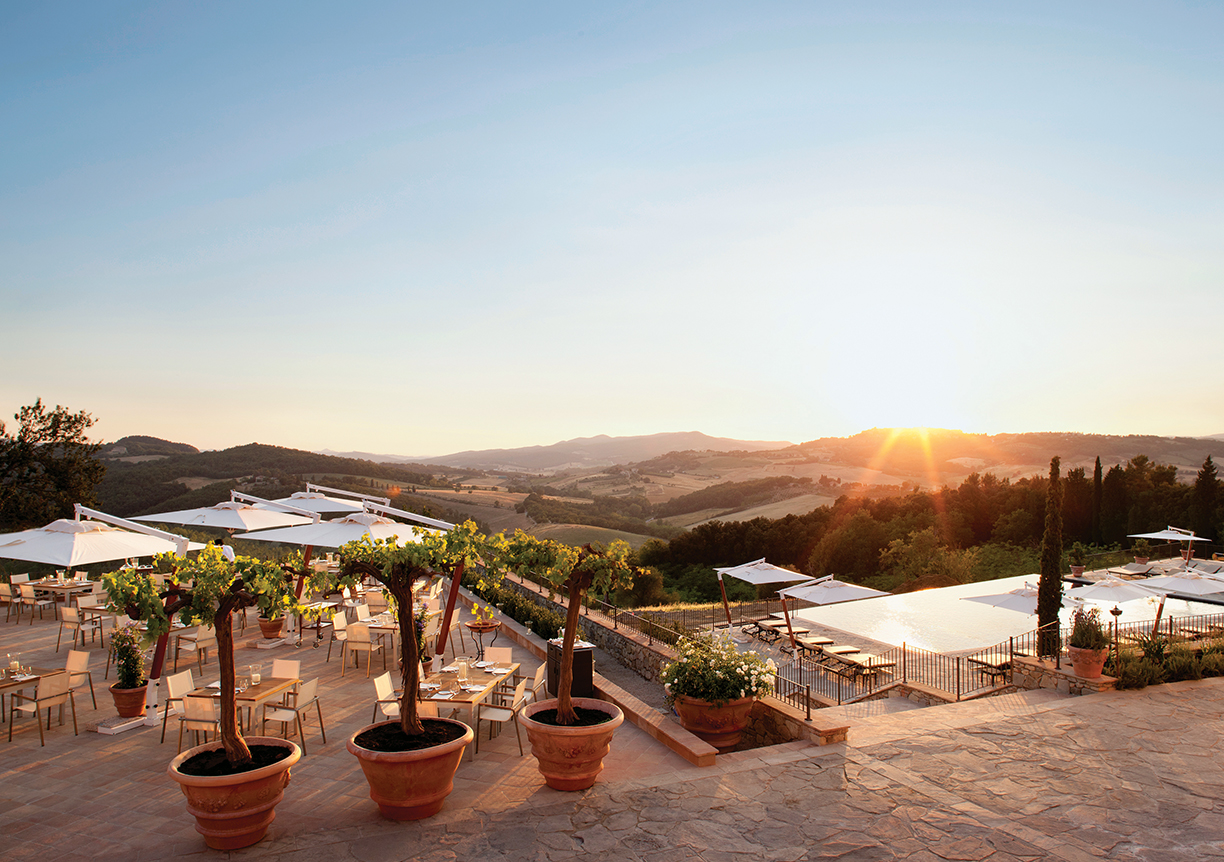 The resort is breathtaking. General Manager Federico Galligani, hired by Timbers in 2015, deserves credit for running a seamless operation that allows his guests to indulge without a concern. We were treated to an aperitif on the hotel terrace while enjoying the sunset over the Tuscan countryside. And Executive Chef Daniele Sera wowed us with a memorable tasting menu at Tosca Restaurant (modern molecular gastronomy meets traditional Italian goodness here).

The draw is universal. Folks are coming from around the world (such as the United States, Brazil, England, Russia, Germany, the Middle East and Singapore) to enjoy inspired cuisine; indulge in spa treatments inspired by ancient Etruscan beauty rituals; sip on a bottle of exclusive estate-grown Dodici wine; immerse themselves in culture with an Italian language, art or cooking class; explore winding country roads behind the wheel of a Ferrari; or simply bask poolside under the Tuscan sun.

The real estate is heavenly. Jo Ann Hawley, senior sales executive, drove us around the dreamlike grounds, explaining that buyers can purchase Farms at Castello di Casole with an existing ruin to be restored, or build a new “reconstructed” farmhouse. Prices are two-phased — figure on land costs around 3 million, and another 3 million to build. Italian VAT can be steep, but Hawley says these properties offer a break. “You have significant tax advantages and entitlements with the farms.”

The opportunity is unique. Produce your own wine or olive oil on your own land, while enjoying the amenities of a five-star hotel. The farms offer 120 to 150 acres of cultivable land with crops consisting of vineyards, olive groves, fruit orchards and wheat fields along with a customized luxury farmhouse at the center. The winemaking opportunity is “really tailored to how much involvement the owner wants to have,” Hawley says. This article originally appeared in our Fall 2017 issue. Click here for the full digital version.