A new year and a new decade prompts pundits to dust off crystal balls and prognosticate on what’s ahead. But experience teaches us that vision is not always in focus.

To illustrate her perception of luxury in 2020, Stephanie Anton, president of Luxury Portfolio International, points to Pantone’s color of the year, a classic blue symbolizing protection, sustainability, peace and confidence. “That’s exactly how I feel about the market. It’s going to be a peaceful year, solid, with nothing dramatic happening.”

Others might agree with Julie Leonhardt LaTorre, COO for Sotheby’s International Realty Affiliates, who says, “The U.S. luxury property market has never been as exciting as it is today. While certain real estate markets are currently experiencing some softening, others are seeing an uptick in sales.”

“It’s a time of change,” says Craig Hogan, vice president, Coldwell Banker Global Luxury. In hindsight, there is a good chance 2020 will be viewed not as a year of spectacular sales or an unusually strong market, but rather as pivotal — the year in which millennials became real estate influencers, sparking a transformation more significant and substantive than simply sales or the number of transactions. The turnover from baby boomers to millennials will take more than a decade to complete and will impact all facets of real estate from design to communication to how transactions are conducted.

When the last decade began, there was only one certainty for real estate: we were in a recession, perhaps the worst crisis since the Great Depression. Tentative hints of a recovery arrived with the new year, but as the decade unfolded, it was clear the worst was not over. “Bumping along the bottom” became a catch phrase to characterize the long, slow recovery. By decade’s end, almost all markets were back to or had surpassed pre-recession values. A few became hot markets with a surge of new residential property and skyrocketing values followed by another period of adjustment. Many others bounced by and remained hot markets through the end of the decade. By early 2019, the possibility of another downturn loomed as some economists and housing experts bet a recession was waiting in the wings.

Today, a few clouds hover over some forecasts, but expectations are the economic expansion, the longest in history, will continue. Jobs, the economy and continued low interest rates continue as positives. For real estate, the year ended on an upbeat as markets revived in the second half. Still, a lack of inventory continued to hamstring sales with only a 3.9-month supply of homes on the market at the end of October, down from 4.3 months recording October 2018. Noting that residential construction is still under-building to meet demand, Rover Dietz, NAHB chief economist, points to higher development costs, which, he says, “are hurting affordability and dampening more robust construction growth.”

The probability of a recession in 2020 is 29 percent, according to 14 housing economists and experts gathered by the National Association of Realtors (NAR) in December for a forecast summit. They project a 2.0 percent increase in GDP in 2020 and 1.9 in 2021. Annual median home prices are expected to increase by 3.6 percent in 2020 and 3.5 percent in 2021.

“Real estate is on firm ground with little chance of price declines,” said NAR’s Chief Economist Lawrence Yun. However, Yun cautioned that lack of inventory, not enough for sale homes to meet demand, was still a detriment. “In order for the market to be healthier, more supply is needed to assume home prices as well as rents do not consistently outgrow income gains,” he explained.

Year-end bought more positives with an increase in builder confidence for single-family construction, the highest point since June 1999, according to the National Association of Home Builders (NAHB)/Wells Fargo Housing Market index. “Builders are continuing to see the housing rebound that began in the spring, supported by a low supply of existing homes, low mortgage rates and a strong labor market,” said NAHB Chairman Greg Ugalde, a home builder and developer from Torrington, Connecticut.

In recent years, a big change has been the migration of luxury to secondary markets such as Denver and Houston. This year, Jacksonville, Charlotte, Nashville, Cincinnati, Boise, and Kansas City were added to the luxury orbit, according to the Institute for Luxury Home Marketing.

Looking ahead, John Brian Losh, chairman and publisher of LuxuryRealEstate.com, believes that all of the fundamentals for a positive year for real estate are in place. “I think nationally it couldn’t be better. The economy is booming. It’s an election year, and people don’t want to raise taxes during an election year. It’s rare to have a slowdown during an election year. The luxury market is all about consumer confidence. If confidence is high, the market will stay strong.”

Still, some media reports portray luxury sales in freefall, particularly from Manhattan, which is finding new ground after a mid-decade surge in prices, or L.A.’s tony Westside enclaves, where a spate of speculative development pushed prices to unjustified levels. Yet, Manhattan and Beverly Hills both posted sales that set record prices in 2019.

“What’s interesting is what we’re hearing and feeling is not as bad as we hear in the media,” shares Anton, following a recent two-day summit with 15 leading brokers.

Something Meghan Barry, president at LuxuryRealEstate.com, has heard this year from more than a few agents is they are having their best year ever.

While Anton agrees “there is definitely a softening in luxury generally,” she also points out, “There are bright spots. It’s not a horror story. Things are flat year over year, and as we look to the coming year, we think it’s going to be the same.”

Lesli Akers, president, Keller Williams Luxury International, sees the growth of inventory as a positive. “We’re starting to see more supply and we need to. It’s not moving into a buyer’s market. It’s moving more into an adjusted market. I think the luxury market is strong now.”

Heading into 2020, there are also a number of encouraging indicators for luxury from a continued vibrant global market to a surge of demand for second-home and resort properties. “With the creation of new wealth around the world, cities like New York City, London and Dubai, just to name a few, will continue to thrive in the luxury arena,” says Johnson. 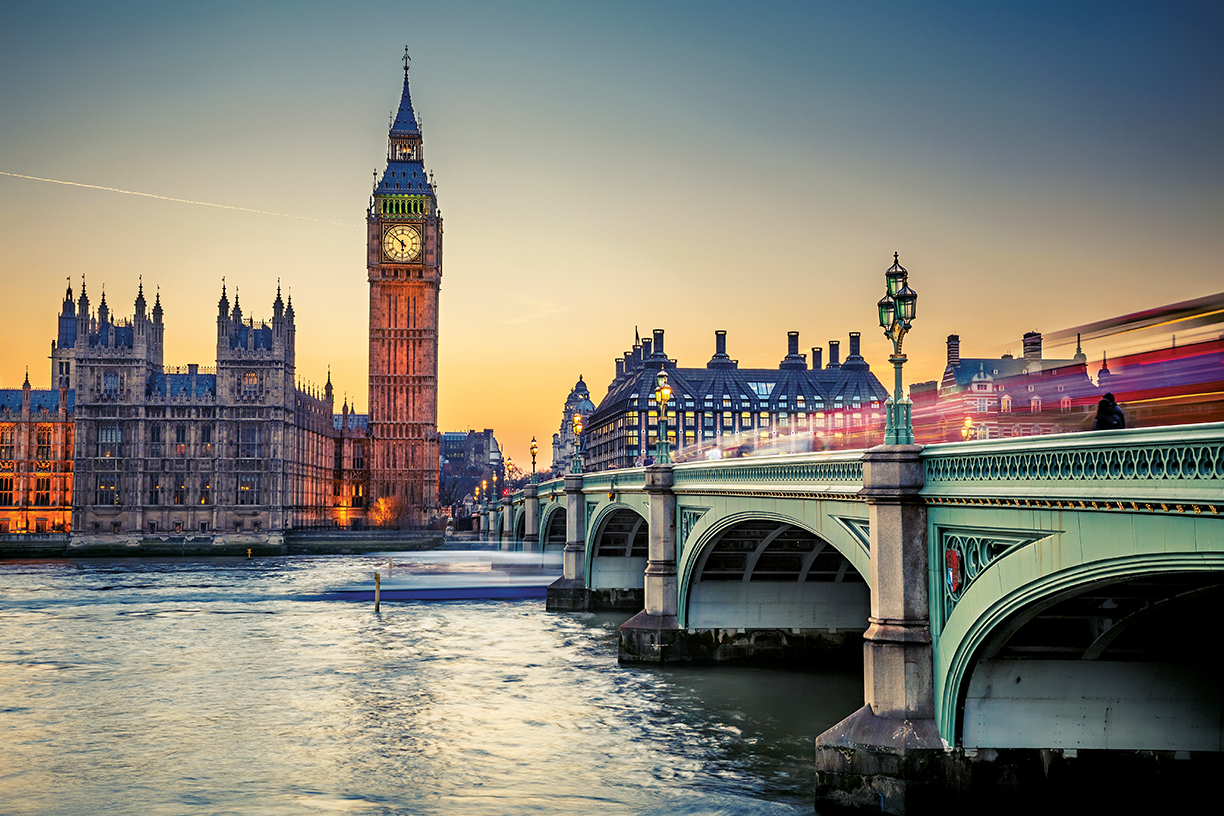 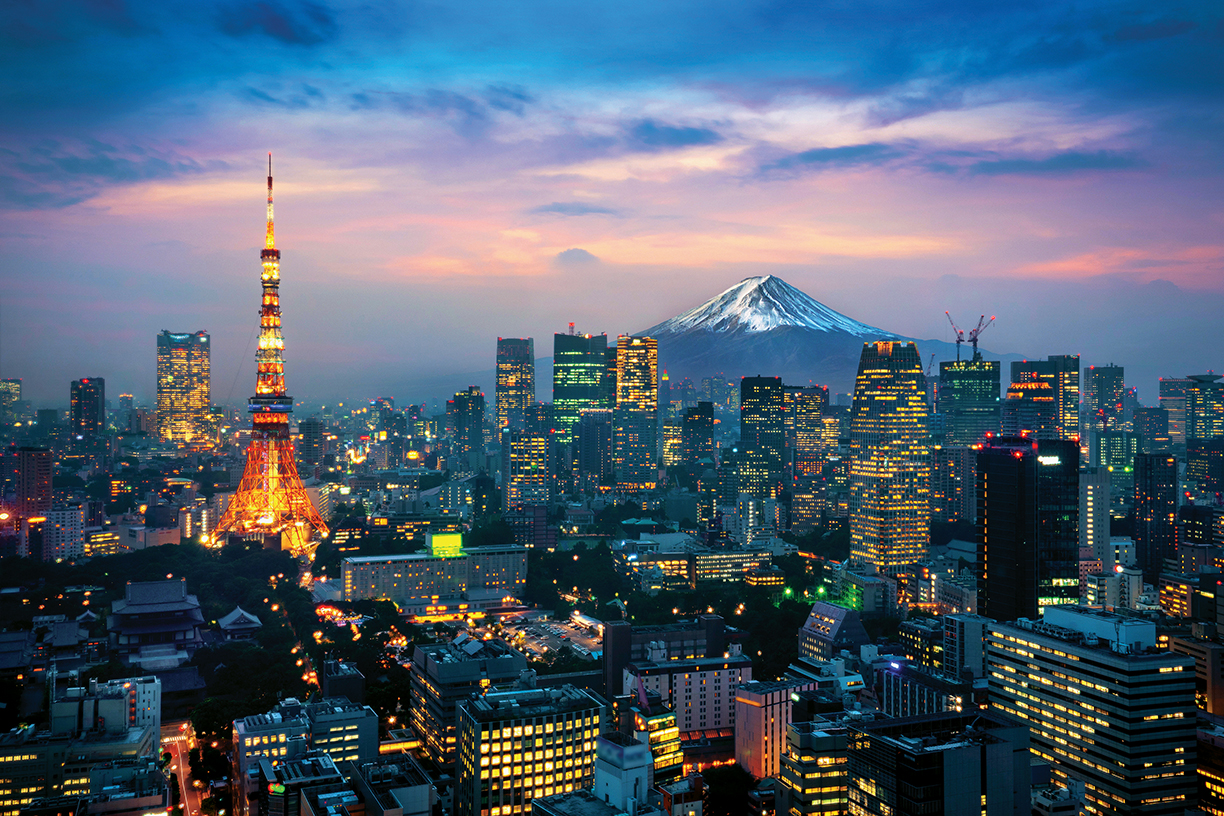 “We have been seeing a strong increase in demand in Dubai’s super-prime segment, with transaction volumes increasing by 81 percent year-to-date in the second quarter, compared to the same period last year. The mainstream market over the same period saw a 2.2-percent decline, although since then the wider market has seen increased transaction volumes, increasing 11.1 percent year-to-date in August over the same period last year,” says Dounia Fadi, chief operating officer, Berkshire Hathaway HomeServices Gulf Properties.

“Some of the hot markets that are emerging globally are Canada, Japan, Portugal and New Zealand,” says LaTorre. “Canada continues to generate strong interest. Specifically, Vancouver, which is steadily regaining momentum, experiencing the greatest gains in year-over-year employment growth among Canada’s three largest census metropolitan areas, so confidence in the city’s fundamentals remains high. There is a strong focus on Tokyo, especially with the Olympic games in 2020. It’s currently on a world spotlight.”

In London, prices are down, and the general property market has slowed. But the luxury market, which Martin Bikhit, managing director at Berkshire Hathaway HomeServices Kay & Co. describes as “certainly bottomed out,” is reviving with buyers returning to the market. It’s still a buyers’ market, which creates new opportunities for investors and foreign buyers. Bikhit sees Americans and others from countries with currencies pegged to the U.S. dollar taking advantage of prices and exchange rates offering savings of 45 percent compared to the 2014 market peak.

“International buyers are using the currency play to their advantage and timing their investments accordingly. Therefore, we are seeing a number of international buyers looking to buy in the UK,” says LaTorre. And, she adds, “we’re still seeing foreign interest in the U.S. luxury market.”

Hot luxury locales this year were resort markets, and the passion for get-away properties or the new family gathering spot is not expected to change soon. “The preferences of the consumer have changed dramatically. We’re seeing wealthy millennials are particularly interested in purchasing second homes,” says Anton.

Tax policies also came into play this year in a big way and expectations are they will continue to shape demand and bring more interest to low tax states such as Texas and Florida. Expectations are taxes and government policies will remain motivations for buyers. “The weather, the climate and taxation have a lot to do with where people move, especially in this economy,” says Losh.

Not only are more consumers migrating to lower tax states, but Hogan says an increasing number of agents are licensed in two states such as Illinois and Arizona or New York and Florida. “We have always had people with dual licenses. Now we have agents who have established a presence and market themselves as having offices in two locations.”

Many are also revising their acquisitions too. “People are looking for multiple small properties instead of one large property,” adds Anton.

In the last year and a half, both Coldwell Banker Global Luxury and Luxury Portfolio International conducted research into millennial attitudes and the potential influence of this cohort on luxury market. “The buyer pool has changed. In the luxury space, we’re now faced with people with different expectations, different styles of communication and different experiences,” Hogan says.

Already evidence of the transition from boomers and Gen X to millennials can be seen. By spring 2020, millennials will account for more than 50 percent of all mortgage originations, according to George Raitu, senior economist at Realtor.com. By 2030, Wealth Engine and Coldwell Banker Global Luxury estimate millennials will hold five times as much wealth as they do today.

Overall, millennials are defying earlier predictions by starting families, moving out of urban neighborhoods and owning cars. What’s ahead is uncertain, but agents and brands are preparing for dramatic changes in the industry overall. 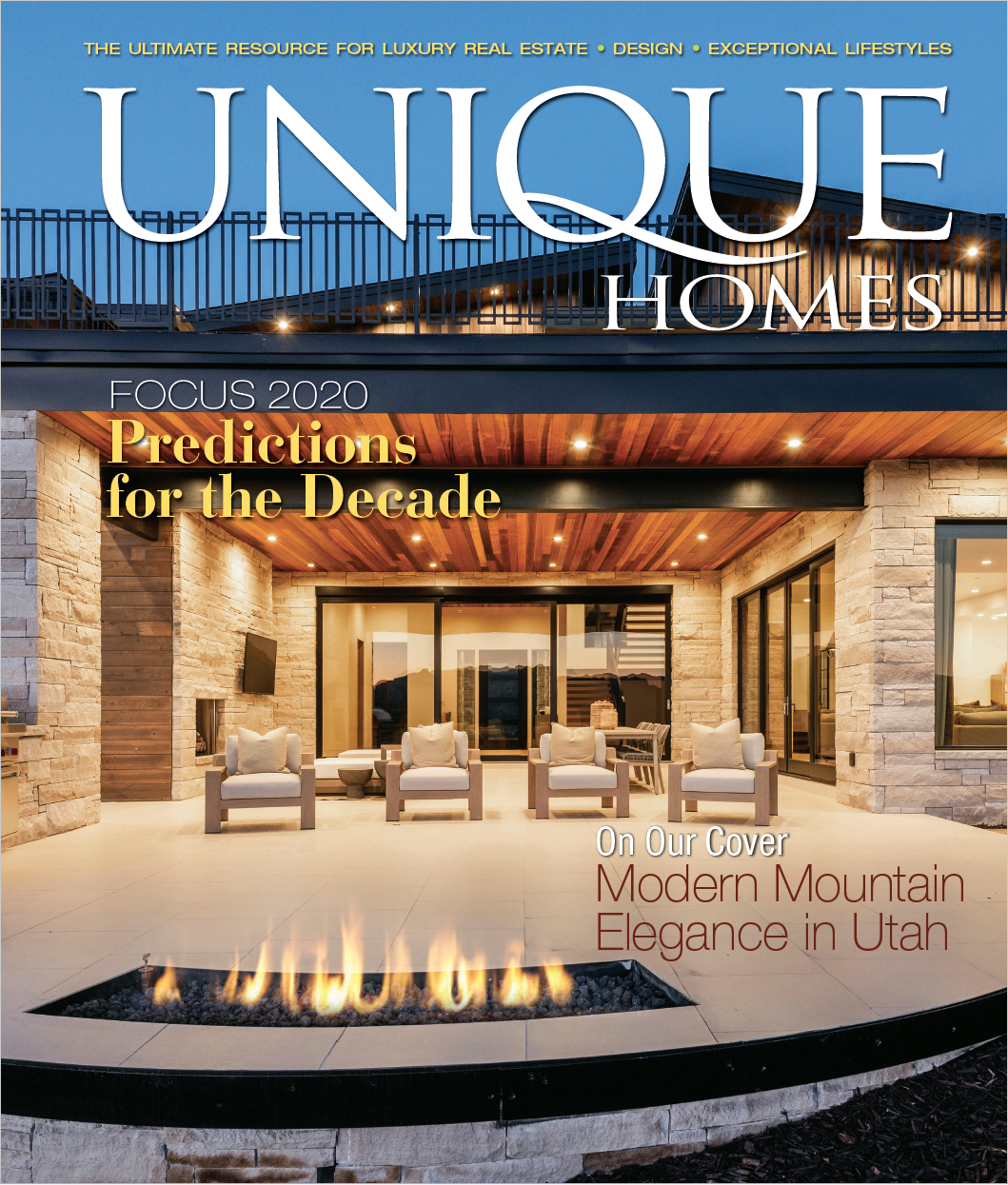 THIS ARTICLE ORIGINALLY APPEARED IN THE WINTER 2020 ISSUE OF UNIQUE HOMES. TO SEE THE DIGITAL VERSION OF THIS STORY, CLICK HERE.