Culdesac will be the first neighborhood-scale community with zero residential parking, which will allow for more open spaces that can be used for socializing, events, and getting to know your neighbors.

A five-minute city, car-free and golf cart centered communities are gaining momentum around the United States, from Port Aransas, Texas, to Tempe, Arizona. 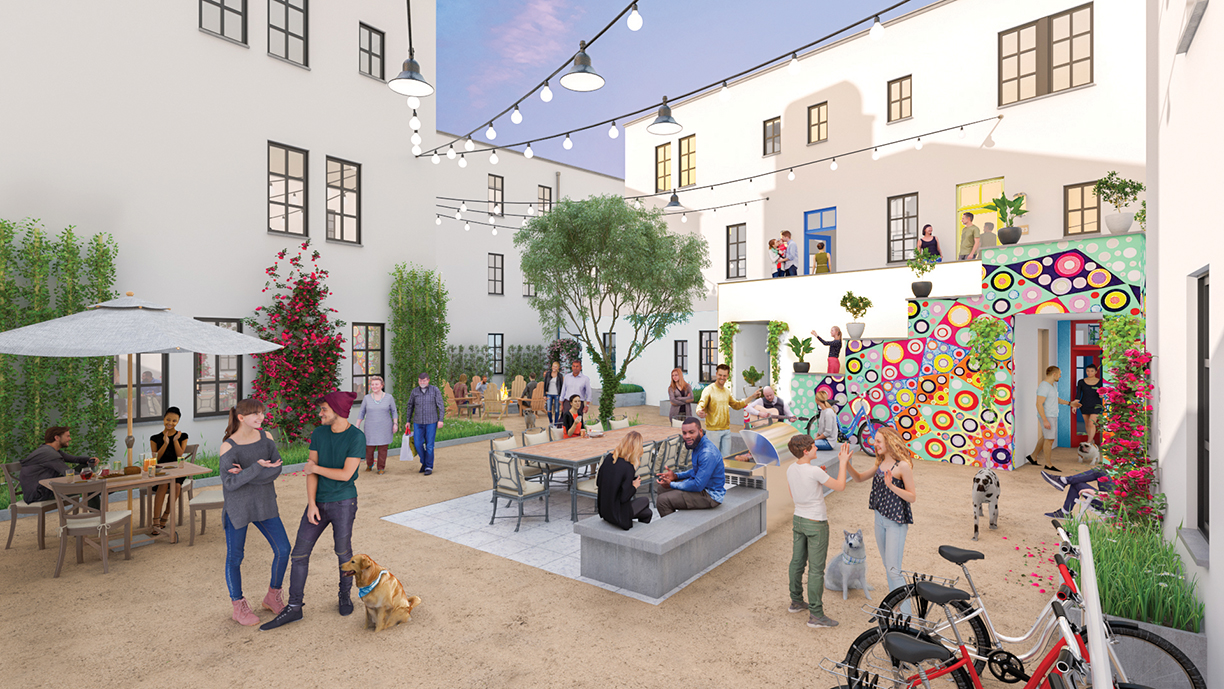 With plenty of extra outdoor space, Culdesac will hold over 150 events per year, including concerts, food trucks on the plaza, outdoor yoga classes, and more that guests can enjoy close to home.

Automobiles have long been a symbol of freedom and advancement, making it easy to overlook the strain they put on our communities and the environment. Even smaller cities are battling noise and air pollution as the number of cars per household increases. Long commutes, congested traffic routes, parking fees, and pollution have all encouraged a whole new way of thinking when it comes to cars.

Culdesac, in Tempe, Arizona is the first car-free community in the United States that has been built from top to bottom around the idea that cities can be made better. “The vision has always remained the same — to build cities for people and not cars,” says Culdesac’s general manager, Lavanya Sunder. Space that is typically reserved for roads, parking lots, and individual parking has been completely rethought in this rental apartment community. Parking lots and garages have been replaced with wide-open spaces that offer everything from fire pits and hammocks to water features and inviting courtyards.

Tempe, Arizona, offered the ideal canvas for a project like Culdesac. “We chose Tempe for its thriving job market, proximity to transportation, and forward-thinking, action-oriented local government,” says Sunder. These are among the added benefits when considering a car-free community.

“By removing parking lots, we were able to see all of the possibilities, twice the retail, triple the open space, and 55-percent landscape coverage, compared to less than 20 percent from comparable developments,” notes Sunder.

The community was designed as a five-minute city, meaning everything residents might need is within reach and life is at your front door. “Homes at Culdesac all open up to vibrant shared courtyards, versus impersonal hallways in traditional apartment complexes,” says Sunder. Seemingly small details such as this contribute to the overall atmosphere that is created when a place urges its residents to slow down. “Community is a key component of Culdesac. Culdesac will have over 150 events per year, including concerts, food trucks on the plaza, outdoor yoga classes, and more.”

Communities such as Culdesac are finding that residents are drawn to the idea of knowing their neighbors again. A notion that hasn’t been overlooked in other communities around the United States. Port Aransas, Texas, is a beautiful beach destination that is like traveling back in time. The eclectic atmosphere is entirely accessible by golf carts, including the 18 miles of beach, with spacious boardwalks that accommodate the carts and encourage foot traffic. The use of golf carts decreases traffic, noise and pollution, and creates a very relaxed pace around the island. Cinnamon Shore, the 1,000-acre, master-planned beachfront community is very walkable and designed with families in mind who want to enjoy the small-town feel in Port Aransas.

A private luxury community, Haig Point, on the northern end of Daufuskie Island in South Carolina is only accessible by ferry, and the island is almost entirely car-free. Residents and guests never have to worry about traffic, stopping for gas, or finding a parking space, as the island runs mainly on golf carts. Similarly, Fire Island, across the Great South Bay from Long Island, New York, is another popular summer retreat that functions smoothly without cars. Bikes, golf carts, and jet skis are the best way to experience the Fire Island’s top-tier accommodations.

According to the Bureau of Transportation Statistics, “the mean number of vehicles in households is 1.9 personal vehicles…. Thus, it appears that households on average have more vehicles than drivers.” American cities, from New York to San Francisco, are struggling to provide enough space to merely park all of these vehicles, nevermind drive them.

Our personal space, green space, shared space, and even sidewalks have decreased significantly over the years as the need to accommodate a growing number of automobiles increases.

Communities such as Culdesac are hoping it is time for the urban form to be rethought and upgraded. “We also will have an “Extend Your Home On-Demand” Program,” says Sunder. 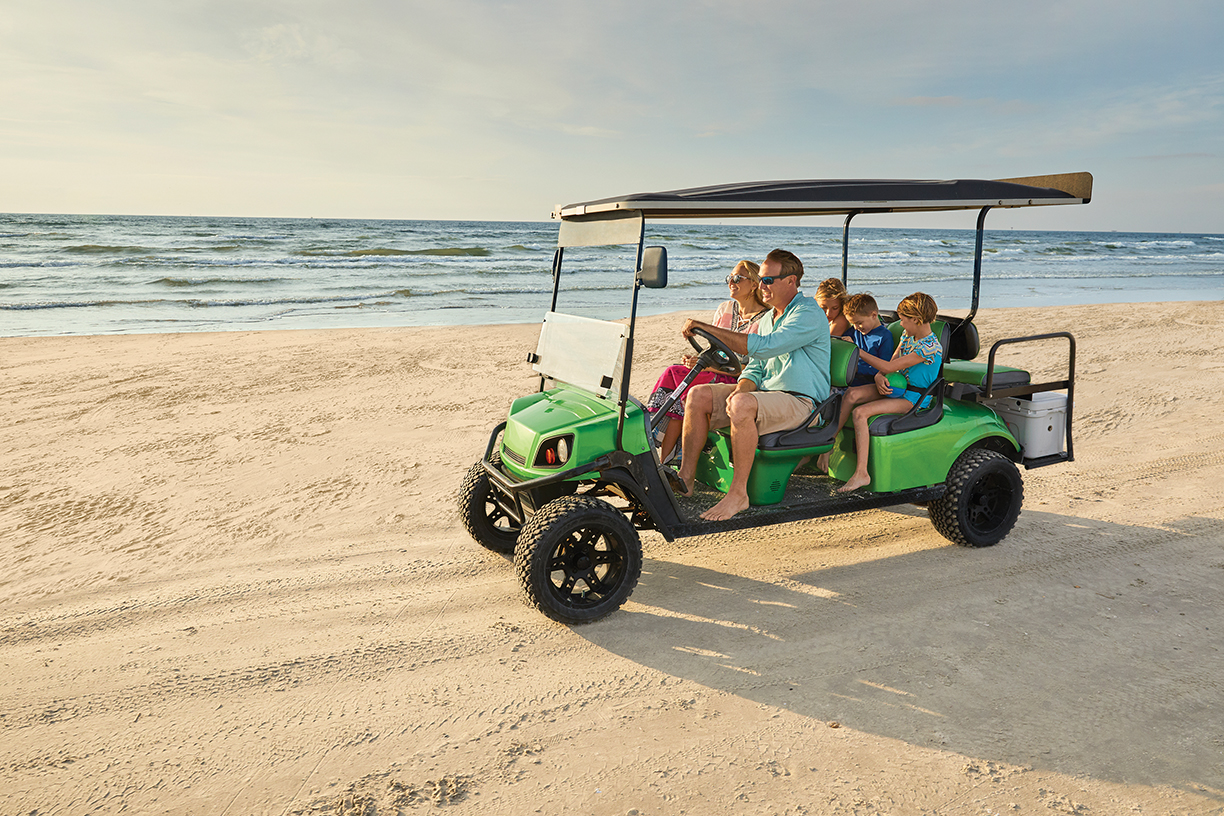 Communities such as Cinnamon Shore in Port Aransas, Texas, are embracing the idea that guests want a slower pace without sacrificing accessibility. 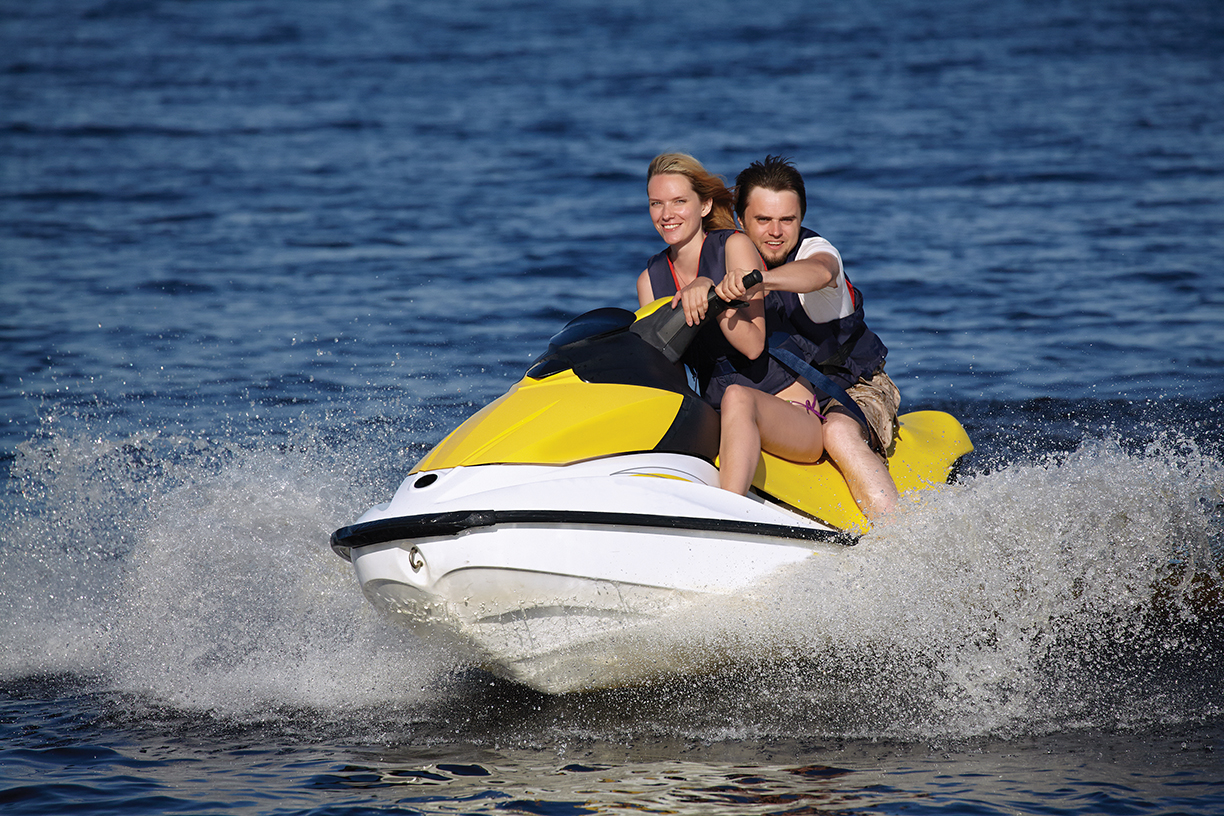 Car-free and golf cart centered communities are designed for those looking to reconnect with the outdoors and spend less time stuck in traffic.

“Residents will have access to a variety of bookable spaces to allow them to expand and contract their home as needed.” A modern way of living has melded with the traditional idea of small-town communities. “Culdesac will have bookable guest suites, podcast studios, hosting spaces, and day-use office spaces to allow your home to adjust to your needs,” Sunder explains. “Why pay for a guest room 365 days a year, when you only use it a few times a month?”

Forever shifting to accommodate the residents’ needs, a car-free community like Culdesac is ideal for many people, even during these changing times amidst a pandemic. “The idea of life at your front door makes Culdesac Tempe a place that a variety of people with different needs are interested in — young professionals, students, families, remote workers, retirees, empty nesters, et cetera,” says Sunder. More spacious apartments and public workspace are functional for those residents who are working remotely, as they also don’t have to worry about commuting into an office every day. Since the pandemic, “we’ve seen increased interest from folks particularly from New York and San Francisco, and 50 percent of our waitlist are people coming from outside Arizona,” notes Sunder.