The Spirit of Giving

For years, Rolls-Royce Motor Cars has been at the pinnacle of style, class and design. What people may not be aware of is the company’s dedication and connection to art. The iconic luxury car company continued its expansion into the art world for a good cause in September, teaming up with famous British artist Marc Quinn.

The production line of Rolls-Royce in the founding location of Goodwood, West Sussex, England provided the stage for the company’s “Evelina Art for Allergy x Dine on the Line” philanthropy event where a generous £1.7 million was raised through an auction to support allergy research by Evelina London Children’s Hospital.

“Rolls-Royce was introduced to the charity Evelina London via connections in the art world,” says Jessica Persson Conway, manager of Art Programme & Philanthropy. As the largest allergy service of its kind in Europe, Evelina London provides specialized care to children across the country who suffer with an allergic condition. “Marc is a world-renowned contemporary artist,” Conway continues. “Rolls-Royce has great respect for his work and particularly admire his Iris paintings, which is the subject chosen for this collaboration.”

Everyone locked eyes on the big prize of the night, a Phantom designed with one of Quinn’s pieces from his collection entitled “We Share our Chemistry with the Stars.” The ongoing collection features large, colorful paintings of irises from eyes.

Art auctioneer Simon de Pury, who led the vivacious auction compared the artwork to that of the psychedelic Phantom V owned by John Lennon, calling it “the 21st century equivalent.”

Phantom is the apex model of Rolls-Royce and the company, encompassing the luxurious experience of driving and owning a Rolls-Royce.

“The car has been the canvas of some of the most extraordinary expressions of bespoke craftsmanship,” Conway says. “The Rolls-Royce Bespoke Collective work hand-in-hand with patrons around the world to bring unique and highly personalized creative visions to fruition.” The winning bidder of Quinn’s creation won the opportunity for the artist himself to create his own bespoke artwork featuring the iris of the bidder’s daughter, using the Phantom as the canvas. The drivable work of art raised an outstanding £888,000.

Rolls-Royce’s affiliation with art stems from its beginnings as a company, with the different models of cars becoming an “expression of creative will.” Conway noted that for over 100 years the bonnet, or front-hood, of each car is “graced with the Spirit of Ecstasy, a figurine created by sculptor Charles Sykes.” In 2014, the company founded the Rolls-Royce Arte Programme, an initiative made up of commissions with leading artists and institutions. Recently, the company announced a new vision for the program called Muse.

“Muse will further Rolls-Royce’s relationship with art through two new biennial initiatives, the Dream Commission and the Spirit of Ecstasy Challenge,” Conway says.

The company also prides itself with its devotion to philanthropy, emphasizing how events, such as “Dine on the Line,” bring important attention to charity organizations.

“Patrons of Rolls-Royce are often highly successful, noteworthy individuals, many of whom are major philanthropic donors,” Conway says. “It gives us great pleasure to introduce the Rolls-Royce network to such a worthy cause.” The Greater Bay Area chapter of the Leukemia & Lymphoma Society (LLS) recently hosted the Pacific Union Leukemia Cup Regatta on San Francisco Bay, the centerpiece of a fundraising weekend that has raised more than $7 million for cancer research over its 12-year history.

In addition to the Regatta, the weekend of October 21-22, 2017 featured the third annual Perkins Challenge sailing competition launched from San Francisco’s St. Francis Yacht Club, a Poker Run for non-racing powerboats and a $1,000 per ticket VIP gala. Yachting has become a major theme for LLS nationally, with more than 45 Leukemia Cup Regattas now held across the country, from St. Petersburg to Seattle. In the Bay Area, the prominent San Francisco-based luxury real estate firm Pacific Union International is the Regatta’s title sponsor.

Jennifer Daly, campaign director for the Greater Bay Area Leukemia Cup Regatta, reports, “Since Pacific Union plays such a large role in the Marin County community, they’re a natural fit to be the title sponsor.” Pacific Union CEO Mark McLaughlin reinforces the natural attraction of supporting an organization close to home. “This is a community event, and we’re part of the community,” says the chief executive, whose own sailing background makes this corporate sponsorship all the more rewarding.

McLaughlin was initially drawn to the LLS Regatta by a friend who was personally committed to the cause, which Daly suggests is representative of many volunteers and sponsors. “Our committee and all our volunteers feel a special connection to the LLS mission and sailing,” she says, explaining that organizing the Regatta weekend is a year-round effort. “It takes a small army of folks to make sure everyone has a great time and comes back year after year,” she says.

Approximately 100 yachts participated in the recent event, and the weekend’s activities were expected to generate about $700,000 in proceeds. After a decade of sponsoring the event at various levels, this was the second year that Pacific Union International was the title sponsor of the Regatta, and several executives from the company participated as skippers. Cancer survivors were named honorary skippers, including actress Brittany Daniel, a non-Hodgkin’s lymphoma survivor who was joined by her husband Adam Touni, a Pacific Union real estate professional.

McLaughlin reports this collaboration with LLS is part of Pacific Union’s corporate culture of giving, represented by the company’s active Community Fund. “Each real estate professional donates to the fund from commission proceeds and each region has a team of real estate professionals that direct the fund’s donations,” he explains. Indicating a major milestone was reached this year, McLaughlin reports, “We celebrated $l million in total giving to local nonprofits since launching the Community Fund 25 years ago.”

Pacific Union and other contributors, large and small, are making a significant difference in the Leukemia & Lymphoma Society’s pursuit of medical advancements, and the Bay Area chapter is a national leader. “We’re proud of the fact we’ve been the top fundraising regatta in the country for 10 years now,” says Daly. 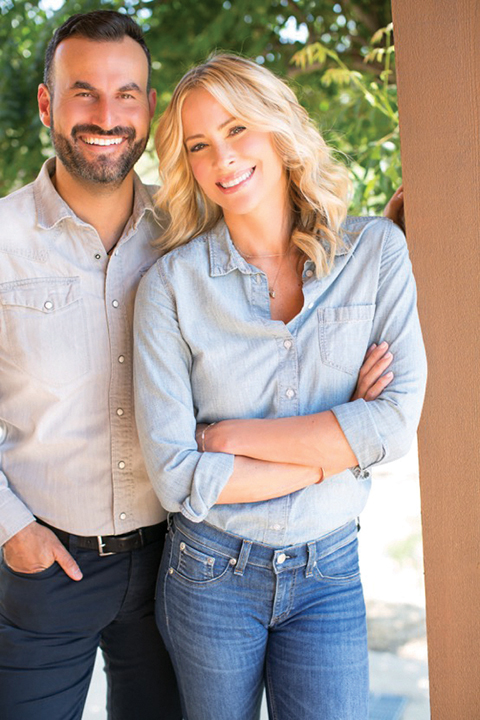 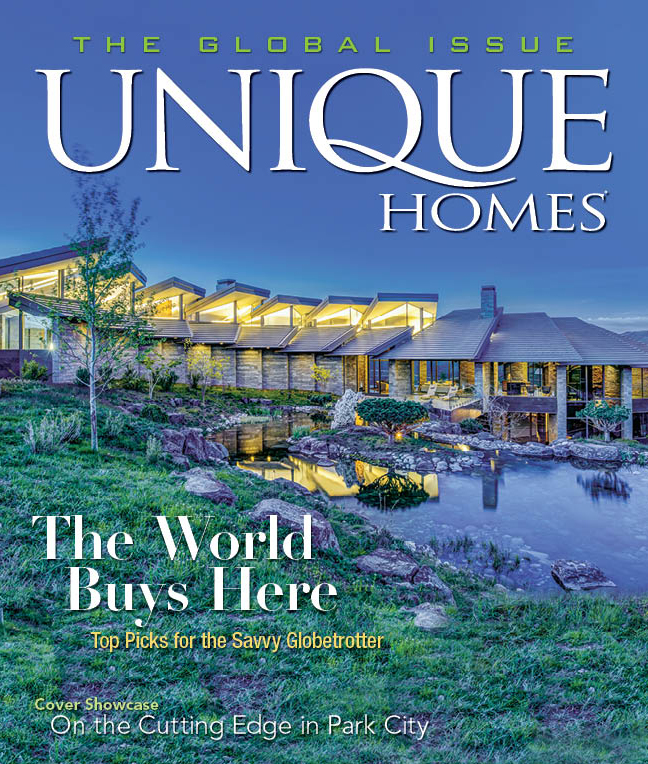 This story was featured in our Global 2017 issue.

Legrand, a company that brings power, light, and data to millions of spaces worldwide, aims to help wounded veterans with its charitable efforts.

For the second year, Legrand, North America, a firm that specializes in electrical and digital building infrastructures, donated the proceeds from its national sales meeting fundraiser to Building Homes for Heroes, an organization that helps wounded veterans.

The funds — totaling $161,000 — stem from money raised by Legrand sales teams, executive leaders and partners, and matched by Legrand. They will be used to build new homes for veterans, and to install appropriate home automation technologies.

“Building Homes for Heroes is one of the national charitable organizations that Legrand supports as part of its Better Communities initiative,” says Brian DiBella, president of the company’s EWS division. “Our purpose in this initiative is to enhance community and employee welfare through programs that help people enjoy healthier, more productive and more rewarding lives.”

A portion of this year’s donation will support United States Air Force Captain Nathan Nelson, who was injured during his third tour of duty in Afghanistan. Nelson was part of a special operations team that came under heavy fire in September 2013. He sustained a spinal cord injury in addition to multiple other traumas. As a result, Nelson has no movement below his chest and limited use of his hands. He was awarded a Purple Heart and other commendations recognizing his bravery and sacrifice.

In addition to the monetary contribution, Legrand will also donate home automation and electrical solutions to Nelson and other wounded veterans. The products include: Intuity home automation and radiant RF lighting controls, which allow residents to regulate the lights and electrical outlets in their home via smartphone apps, Wattstopper sensors that automatically turn lights on when an individual enters the room and turn off when the room is unoccupied, and Plugmold multi-outlet power strips for USB charging. Once construction on the new home in Florida is complete, Nelson will reside there with his wife, Jennifer, and daughter, Eva.

“We’re really proud of the way Legrand stepped up and showed their support for our veterans, and for the wonderful work Building Homes for Heroes is doing on behalf of those members of the U.S. Armed Forces who return home with serious injuries,” says Paul Finnegan, executive vice president of sales at the Data Communications Division of Legrand.

Building Homes for Heroes is a nonpartisan, nonprofit organization that was founded in 2006. It builds or modifies homes to suit a veteran’s specific needs and gifts the home — mortgage-free — to them and their families.

“We are extremely grateful for Legrand’s support for our nation’s injured veterans,” says Andy Pujol, founder and president of Building Homes for Heroes. “Their generous contributions are critical in allowing us to advance our mission of giving back to those who have sacrificed the most to keep our country safe. Together, we are building homes and rebuilding lives.” John Hoffman of Legrand, with Gonzalez and his family, Andy Pujol of Building Homes for Heroes, and Bob Bonacc of Legrand. 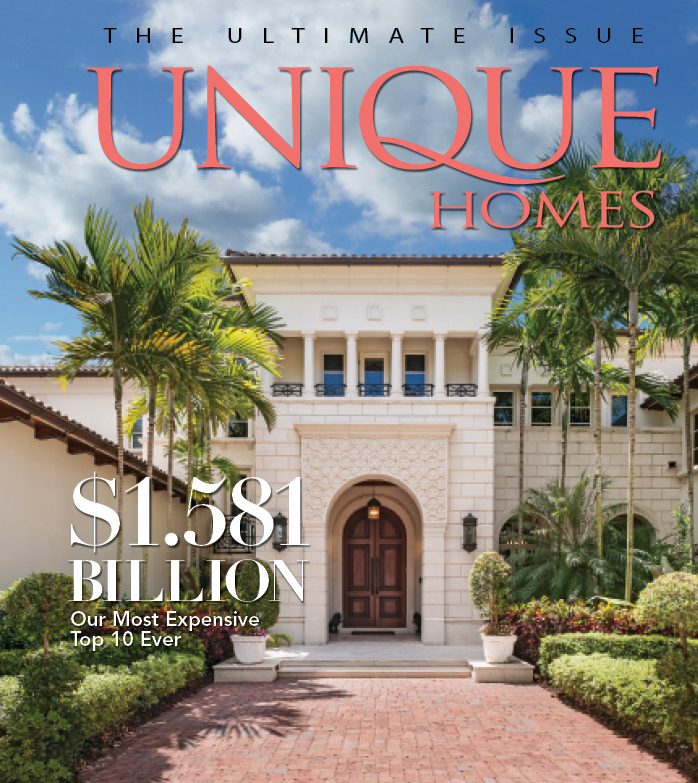