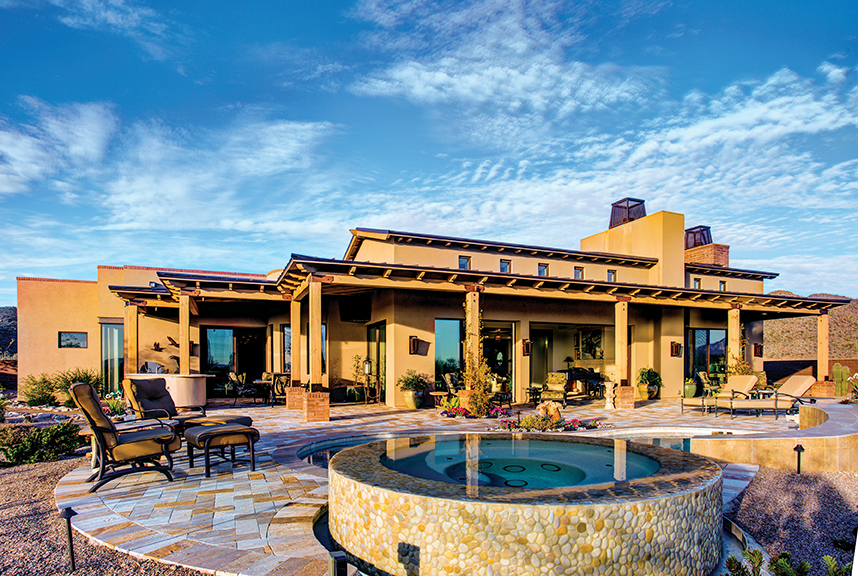 From the Tucson airport it’s an easy drive to Dove Mountain. The last part of the drive is a gentle climb into the foothills of the Tortolita Mountains. The trip is not long, but once you arrive at The Ritz-Carlton Dove Mountain you really do feel like you have left the world behind. And it doesn’t take long to realize there is something special about the setting. The feeling of serenity is almost as palpable as the scent of sage in the breeze. It’s a feeling that only comes in a place deeply rooted and in harmony with the setting.

The residences are no less authentic. Each design reflects historic forms characteristic of the High Desert — Pueblo, Spanish Colonial or Arizona Ranch — but the interpretation is contemporary with a floor plan centered around outdoor living and entertaining family and friends. Home sites range from a setting adjacent to the two Jack Nicklaus Signature golf courses to open spaces that showcase the desert landscape. There are also a select number of custom estate homesites. 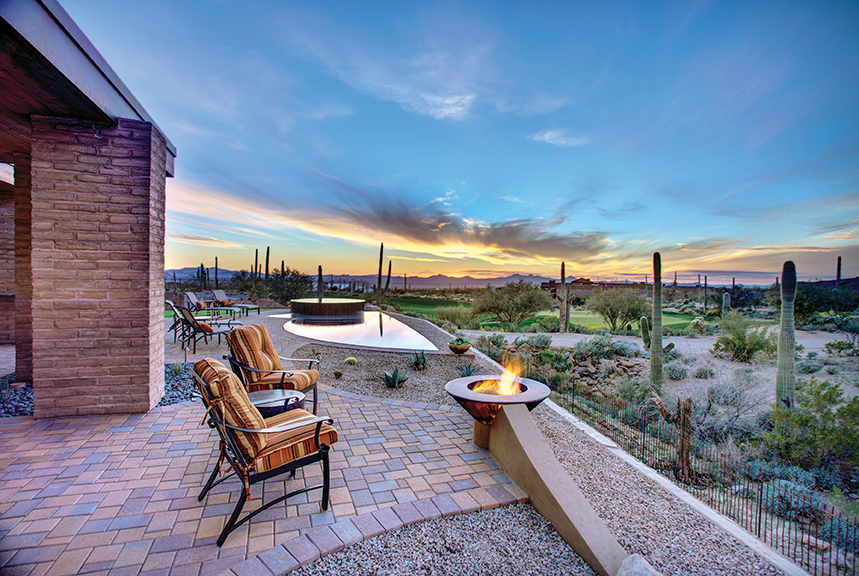 Nearly one third of Dove Mountain’s 6,200 acres is preserved as open space. This unique sanctuary is named after gentle Inca doves, which can be heard cooing in the evening.

Although there are 27 holes of spectacular golf and The Golf Club at Dove Mountain, on this visit in early December, it was hard to resist exploring the high Sonoran Desert. On a morning hike near Wild Burro Trail (an everyday offering), the ranger introduced us to traditions of the Hohokam people and also pointed us toward ancient petroglyphs nearby. Later, at the spa, which garners its own share of acclaim, we had the opportunity to experience the restorative power of ancient healing remedies. 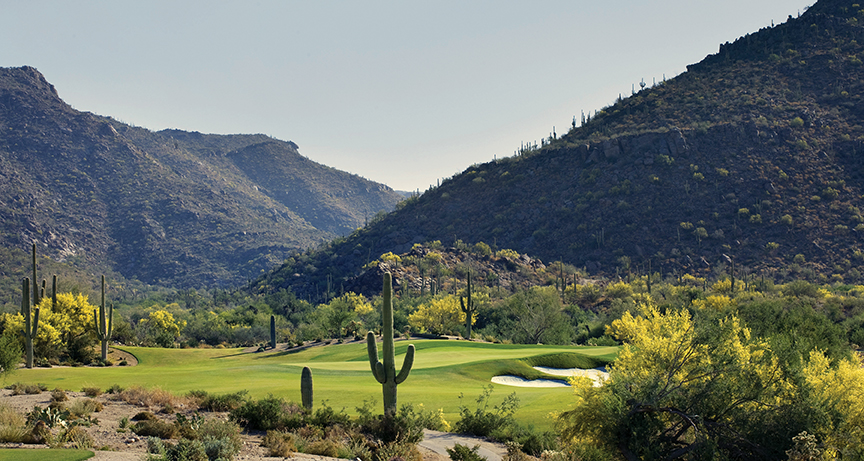 It’s no surprise this resort is the only Forbes Five Star and AAA Five Diamond hotel in Arizona. The service — from every staff member you encounter, starting the moment you arrive — is exceptional, and it extends to the owners of the residences.
At night, the patios and terraces surrounding the resort’s pools come alive with light flowing from firepits. Every evening, guests and homeowners gather for cocktails on the patio, while a Native American flutist on a distant hill plays traditional refrains to celebrate and honor the end of the day. It’s an experience that lives with you long after you leave, and one that makes you promise a return visit — or even to make The Ritz-Carlton Dove Mountain home.