Renowned artist Tristan Eaton, in partnership with The Kaufman Organization, has painted a 100-foot mural celebrating a NoMad icon and the history of the neighborhood during the Gilded Age.

The 97-by-40-foot mural portrays Evelyn Nesbit, known as a 20th Century fashion icon appearing on the covers of Vanity Fair, Cosmopolitan, and Harper’s Bazaar. Evelyn was highly sought after as a model by the top brands of the day, embodying the Gilded Age with the ascension of fashion photography and setting the standard for female beauty. An upscale unveiling party for the mural was held on May 16 in New York City. 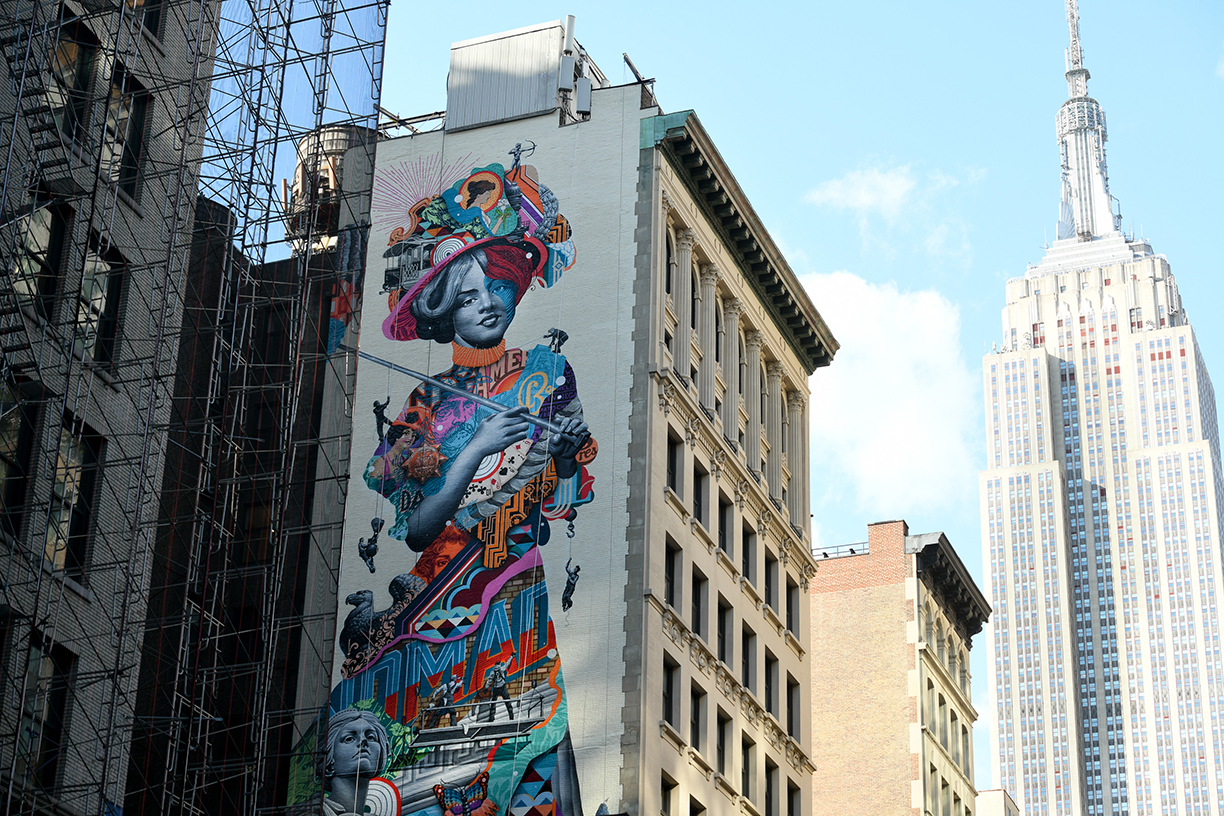 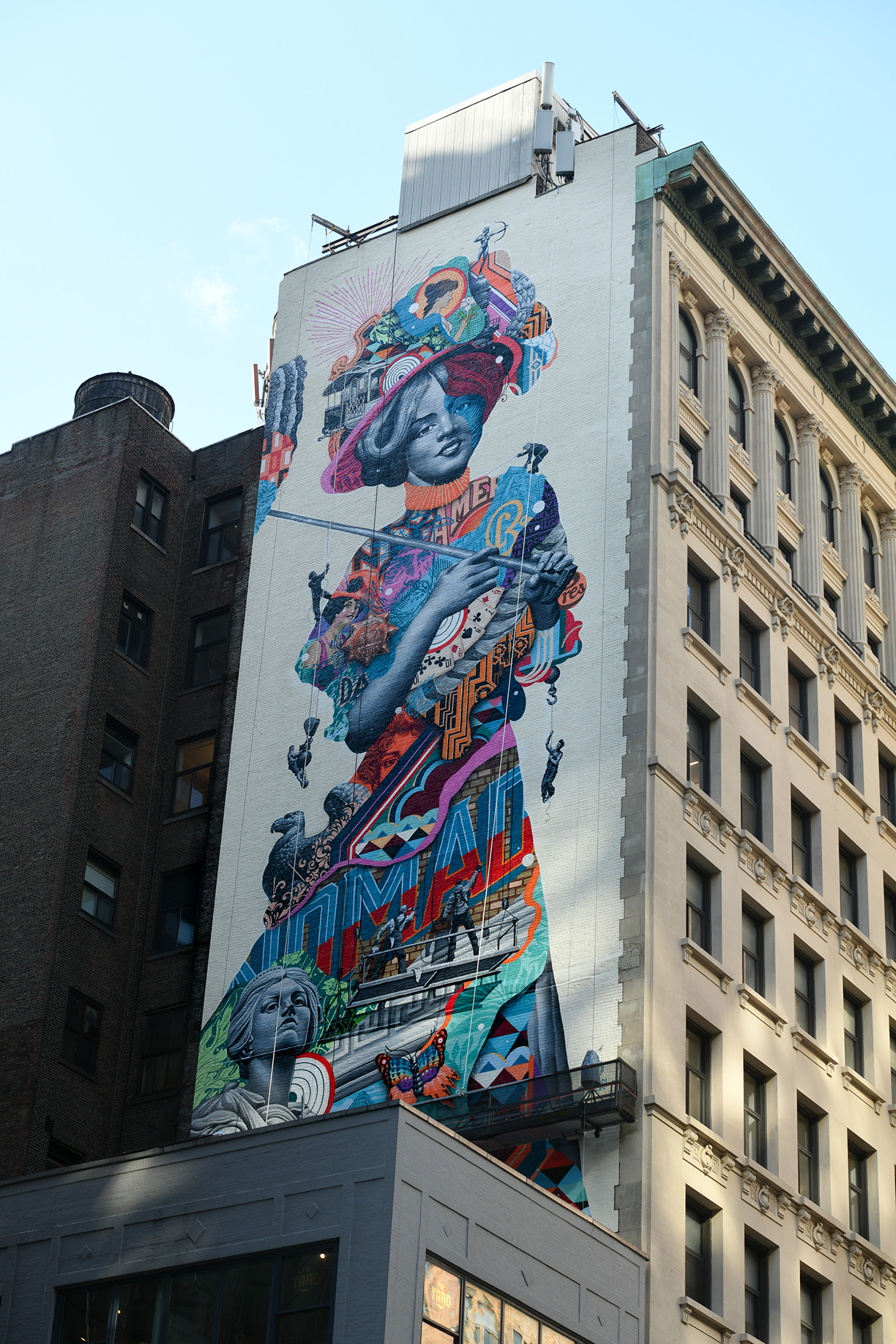 Various images depicting the rich history of the NoMad area, the original Madison Square Garden and New York City during the Gilded Age are interwoven in a collage throughout the mural. The images were curated with the assistance of a New York City historian.

The Kaufman team worked closely with local historical and landmark preservation experts to ensure the mural would accurately and appropriately represent Ms. Nesbit’s story and the history of the NoMad area.

Tristan Eaton has been a leader in the advertising and commercial art spheres and is regularly commissioned by a roster of clients that include Nike, Versace, and even Barack Obama. Eaton’s work can also be seen in the Museum of Modern Art’s permanent collection.